Congratulations to the participating teams in Saturday’s SATIS Football finals.  Results and best players are listed below.

Thank you to St Patrick’s College staff for providing the following report for the Firsts Match:

St Patrick’s are thrilled to have achieved the feat of winning six SATIS First XVIII football premierships in a row. The current team was able to continue the run of success in what is part of a great record for the competition. The team managed to go through the season undefeated.

After a strong team effort that saw the side comfortably defeat Guilford Young College in the semi-final, all 22 players stood up when needed and played their part in the success. It was one of the best team displays of football all year from a side that is extremely well balanced across all positions on the ground. For a season that only encompassed 7 games in total, the boys gelled quickly, understood the team plan and structure of how they needed to play and executed it brilliantly.

With a strong crowd in attendance to watch crosstown rivals go head to head, the scene was set for a great game. With only 5 goals separating the two teams in their encounter earlier in the season, the game could have gone either way. After a tight first quarter where nerves were running wild and excitement was high, the boys settled down and took control in the second term. After recognising the game plan of Scotch Oakburn the boys were able to work their way through Scotch’s defence and take a 23 point lead into the half time break (45-22). With the boys on top of the contested ball and defensive pressure it just a matter of improving their ball movement and keeping their foot down in terms of effort and desire. After the half time break they came out fired up and pulled away from Scotch in the second half scoring 59 points to 13.

Dylan Jones was named best of ground for his outstanding performance across half forward booting 5 goals. This took his 7 game tally to 32 goals for the season which is an incredible achievement. Dylan’s skills were silky in the conditions, his work rate enormous and his goals kicked at vital stages of the game. Connor Pearton played his best game for the season racking up plenty of the footy and never wasting a possession. His elite skills by foot enabled him to set up multiple forward attacks and bring others into the game. Luke Tucker was solid across half-back  and in the ruck, throwing his body into the contest and cutting off much of the Scotch forward entries. Cameron Johns continued his top form of recent weeks booting 3 goals and taking some strong marks around the ground. Connor Smith gave the crowd plenty to smile about with his dash and exciting style of football. He also managed to kick a near impossible goal from the boundary in the left hand pocket in front of stunned onlookers. Other solid performers for the day were Julian James, Harry Ashlin, Callum Walker and Jake Williams who all had the better of their opponents. 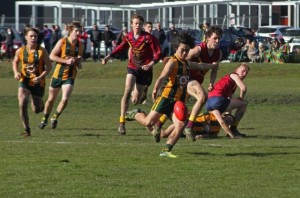 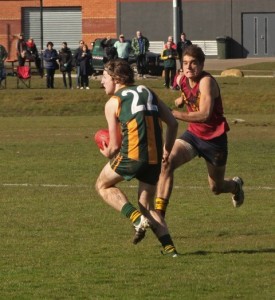 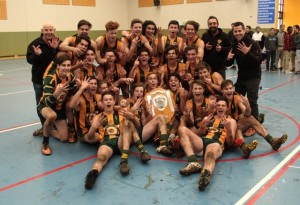