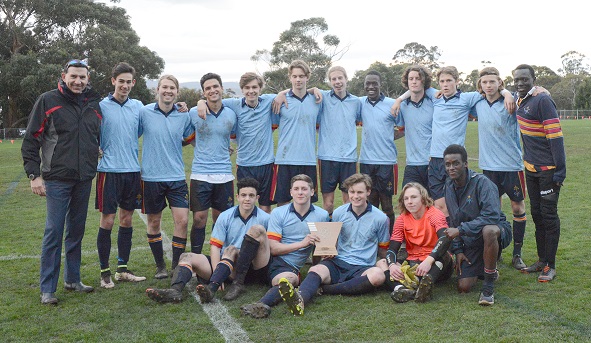 The Boys 1st Soccer final was played on Thursday 16 August at The Hutchins School on the Barrie Irons Oval. It was a tightly contested game and Hutchins scored early before GYC levelled not long after.  Hutchins found the back of the net again to make it 2-1 before GYC converted a penalty, levelling scores to 2 all before half time.  After the break GYC scored twice midway through the half before Hutchins got their third in the last 30 seconds of the game.  Final score GYC 4 Hutchins 3. GYC now progress to the State final and play the top NSATIS team in late September.